One weekend sometime in August...

It was a pleasure to spend my Friday night in the company of like minded friends from around the world. Friday Night Sew In has given me the perfect excuse to kickstart my blogging again after a hiatus for much of this month.

Regular followers will be tired of seeing my Zoo keeper crochet squares - I'm getting a bit tired of them too. But after Friday, and also Saturday, night, I have added two more to my tally and have just two more to complete!
Yaay!

Then I will have to join them up.....
Coming up with enough scraps of colourful wool has been a problem but I've found that if you delve deep enough, you can find bits you didn't even know you had! 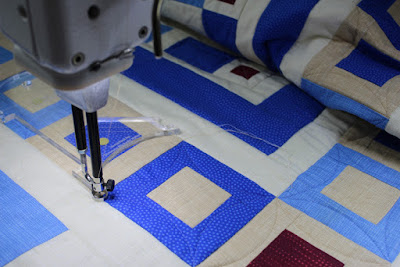 Saturday was a quiet morning on the farm - no dramas and just two new cows calving - so I was able to do some much overdue quilting on my Eeyore quilt. I'm trying to keep it simple for our wee boy but it's not very imaginative quilting I'm afraid ... I'm guessing he won't care one little bit that it's the same old continuous curves that Ganma has done on previous quilts! 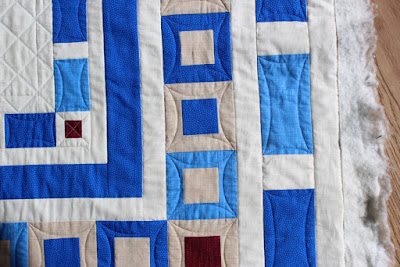 Thank you Wendy for encouraging us with this regular link up. You can visit her blog *here* to see what others have been up to.

Today was a lovely fine day...nice to see the calves enjoying the sunshine —

And being nosey parkers when I disturbed them with my camera — 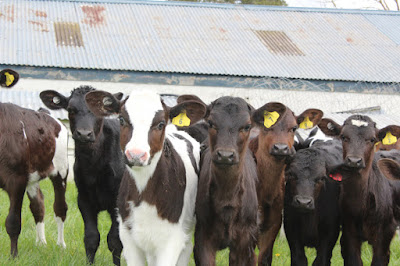 After a baking morning and baby cuddles this afternoon, suddenly it's the end of the weekend, and time to publish this blogpost.....
Hopefully now that things are starting to quieten down (a little) on the farm I'll be back soon :-) 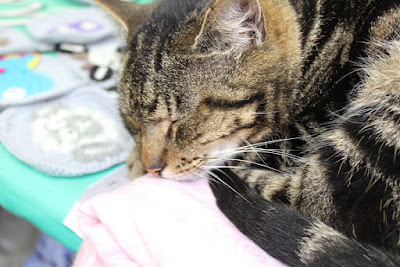 Nigel thought he'd just pop in to show you how much activity there has been in The Palace lately....not much at all!

There has been a bit of action in the evenings though - relaxed in my comfy chair, I've made some progress on a few bits and pieces.
I finished these two vests I'd started earlier in the month —
The pattern is Milo found on Ravelry *here*. This is 6 vests I've made lately, think I'll have a break from them now!
And I've finished this month's Whimsical Woodland Mystery Stitchery block (through The Country Yard) — 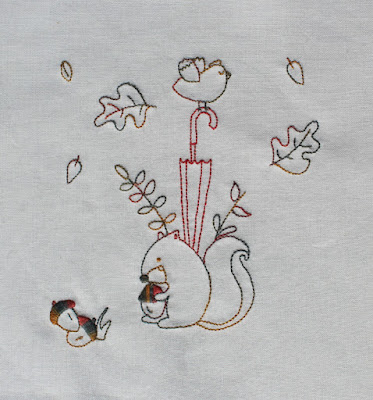 Plus a couple of stitchalong blocks for Ruth's Quilt. I'm doing this with the nofussswappers group but aren't being a very active member! 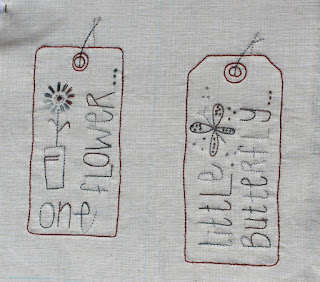 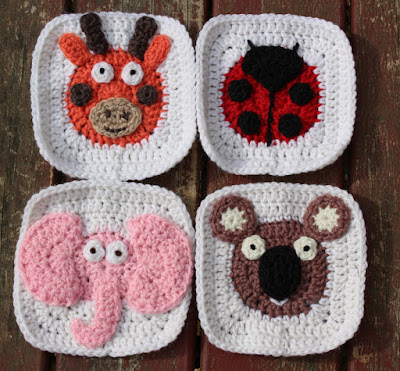 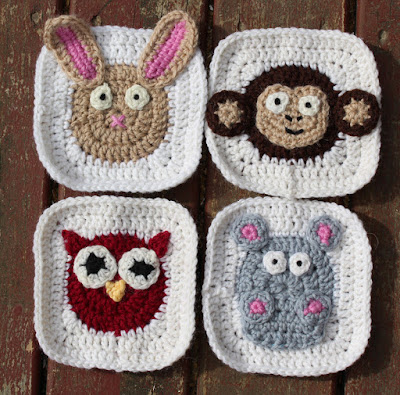 ED and I were making this together; her's were the grey background and mine the white....below are our blocks together. I'm thinking 6 more will be enough. 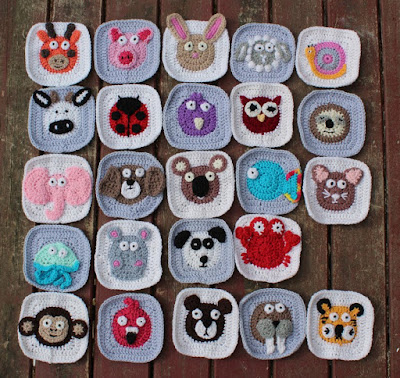 I was thinking a teal to join them all together (ED's favourite colour) but she thought something more earthy. So we'll have to play and see.
ED's really slowed down on the crocheting lately - last week her babies Lily and George were born. 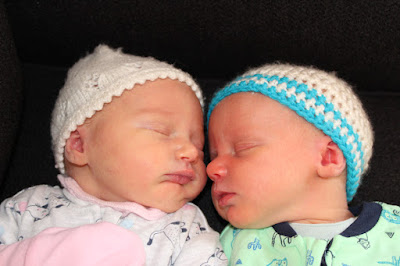 They were decent sized babies so it's no wonder ED spent the last weeks of her pregnancy feeling very large and uncomfortable. (George was 7 ½ lbs and Lily was 8lbs!).
They came for their first visit to the farm the other day - no tractor rides but I think Mum and Dad just wanted a change of scenery. We're so lucky that they live close, it's nice being able to help.
And, finally, a kitchen update. At last I have the oven and cooktop connected so I've been baking again. Here is lunch for the babies' first visit. As you can see, there is still (a lot of) electrical work to be done but we're getting there. We had several 'dinner parties' while my brother was here and I managed to feed everyone without the oven and cooktop - whew!

It's nearly calf-time so I'm off -
Happy stitches ♥